Studio Cleanup: Looking for your bisqueware?

We got a pretty good studio cleanup (cinnamon rolls! home made waffles & fruit!) over the past weekend.

The bisqueware and the glazed wares on the shelves were gone over.  We tried to keep the members pieces (now on marked shelves) and the newer glazed pieces for easy access.

But -- some pieces were put downstairs because otherwise there'd be no room to new stuff as the shelves were very crowded.

1) Pieces that seemed older (e.g. 2014) were put in boxes on the floor under where student members keep their clay.  Hopefully your piece wouldn't be there, but it's possible.  These will go in the August 2016 fundraising sale.

2) Pieces that were bisqueware that were maybe-recent and maybe-old, were identified by the symbol on the bottom and put in boxes.  When you get to the bottom of the stairs and turn to the right, you'll see shelves full of boxes.  All pieces with the same symbol were put in the same box.  Some pieces had no symbol and they were put in a "no symbol" box. Please reclaim your pieces when possible.

If not reclaimed, the bisqueware in the Apr 2016 boxes could be used in our fundraising sale in Aug 2017.  Towards the end of the summer, they'll likely be consolidated into fewer boxes as they empty out a bit.

Pictures of the boxes (2) referenced above (Notice some already "claimed" and scratched out): Thanks! 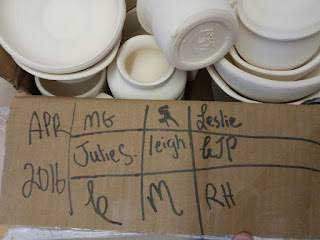 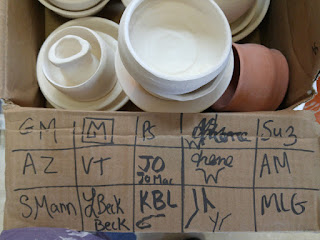 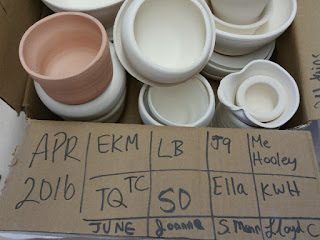 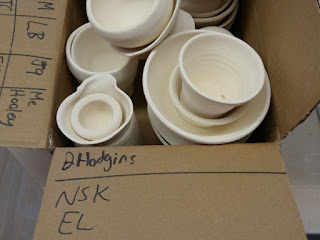 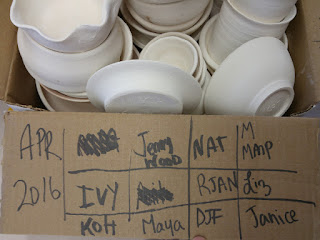 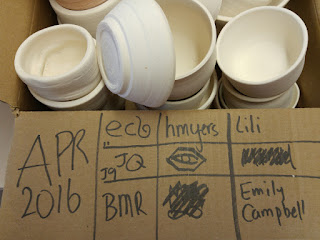 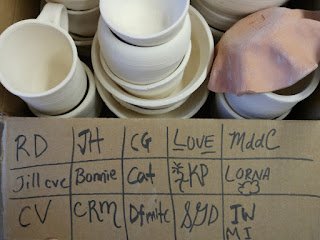 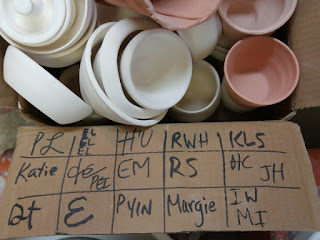 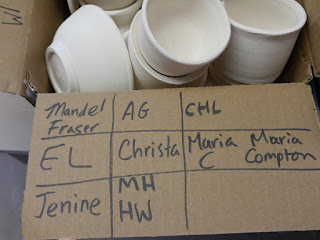